A Continuous Delivery Carol — from Harness

We do Continuous Delivery. We're not Shakespeare. Clearly.

‘Twas a cold day in December, all white and shivery
And teams everywhere tried to solve Continuous Delivery.

They said: “Jenkins works just fine for CI, but for crying out loud
Why is it so hard to deliver apps to the cloud?”

(Or to bare metal. It doesn’t really matter.
The point is, no one’s got CD on a silver platter.)

Let’s face it: deploying to production isn’t so easy
Not when performance failures make the team queasy.

Resulting in late-night war rooms with pizza and chips.
And manual oversight, and mountains of scripts.

That’s why Harness has appeared on the scene
To make code deployments simple and clean.

It uses Machine Learning to verify the deploy
And even roll back failures (oh what a joy!)

Building pipelines can happen in a flash
So you won’t be late to your Holiday bash.

And don’t worry—there’s no need to wail—
We keep all your secrets plus a full audit trail.

Just food for thought, as we greet a new year
Tons of deploys should be nothing to fear.

You should throw a big party, with lots of confetti
Because we do traditional VMs but also Kubernetes.

If this sounds like a great way to greet the new year
Let us know and we can help, with a good cheer.

We’ll show you a demo, we’ll cut you a deal
(It’s the end of the quarter, so we can make it a steal).

So in 2019, don’t let CD make you cross:
Take a look at Harness and deploy like a boss.

➞ Back to Blog 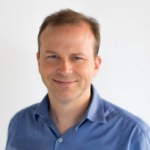 Greg runs growth marketing for Harness, which isn't hard given the incredible demand for the product. Greg also ran marketing for AppDynamics, Kenna Security, and TriNet. At some point he wrote a Ph.D. thesis in literature, which he uses as a paperweight while helping build the next great software company.