New applications would always be created as a Green version. Developers can test this version of the application thoroughly. Once this new version is verified and is safe to promote to production, it can become the production version almost instantaneously.

Now, developers can choose to downsize the older version of the application or keep it around for some time. Or,  required, it can be switched back with the production version.

With Elastic Load Balancer (ELB) configured for ECS, you can have multiple versions of the service running behind the load balancer. To achieve ECS Blue/Green deployment, a Harness user just needs to use two different Target Groups, each with its own listener. A Target Group is a logical grouping of one or more registered instances of the ECS service.

Let’s see how exactly it works

Create new Version of the Service
Now the user wants to deploy a new version of ECS service, “Service-1”:
– User will configure another Target Group for this new service, say “Target-Group-1”
– The Listener listening on port 8080, for example, is configured to forward traffic to this target group. So this is a Stage-Listener {HTTP:8080}, and it is forwarding traffic to the stage ECS service

So if you notice, production traffic is uninterrupted.

So now, any production traffic coming on {HTTP:80} of ELB is forwarded to “Target-Group-1” (a group of registered instances for “Service-1”). At this point, the user can decide whether to downsize the older service “Service-0” or keep it as is for some time.

Here the user can select Elastic Load Balancer, Production Listener, and Stage Listener. Harness will determine the Target Group associated with the stage-listener and use it with new ECS service being created.

3. Harness will update listeners to switch to the production ECS service, once the new version is verified.

Thus, with just a one time set up of ELB, Target-groups, and Listener rules in AWS, you can completely rely on Harness to perform any future ECS Blue/Green deployments.

Another way to swap production traffic from an older version of a service to the newer version of the service is Route 53 DNS swap. In this architecture, both our services (Blue and Green) have a Service Discovery Service associated with them. This would associate the services with URLs in a hosted DNS zone that was created when the namespace of the Service Discovery Services was created.

Let’s say that the services are associated with records service_a.com (for the blue service) and service_b.com (for the green service). Furthermore, we have another record in another hosted zone called service.com. Now AS Route 53 enables the user to have CNAME records for service.com with certain weights. These weights translate to the percentage of traffic that would land on each of the services.

Initially, all of the traffic is going to the Blue service. We bring up the Green service and perform Continuous Verification on it.

If there are issues discovered by verification, no harm is done as our PROD traffic is not affected.

Eventually, we can migrate all of the PROD traffic to the Green version and swap the tags on the services.

This can be achieved with great simplicity in Harness:

3. Set up your Workflow

We could have as many Change Route 53 Weights steps as we want. Let’s look at how the workflow looks in Harness.

There are multiple ways of implementing Blue/Green deployments; however, there are certain salient features in the Harness design and implementation: 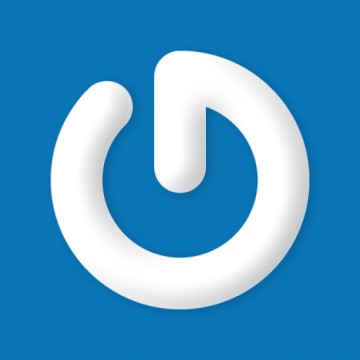