Being a Continuous Delivery (CD) vendor, it’s a bit hypocritical if we didn’t practice CD ourselves for our customers. November’s velocity was slightly down to 1,600 deployments due to Thanksgiving in the US (see red circle below): It’s been a while since we posted a summary of what’s new, so here goes: Microsoft .NET, IIS […]

Being a Continuous Delivery (CD) vendor, it’s a bit hypocritical if we didn’t practice CD ourselves for our customers.
November’s velocity was slightly down to 1,600 deployments due to Thanksgiving in the US (see red circle below):

It’s been a while since we posted a summary of what’s new, so here goes:

We made some major updates to our GitOps capabilities so that development teams can manage/drive their Harness deployment pipeline configuration out of their service/application code repository versus the Harness UI. This basically allows multiple development teams to leverage pipeline/workflow templates, in addition to version controlling their own pipeline configuration. 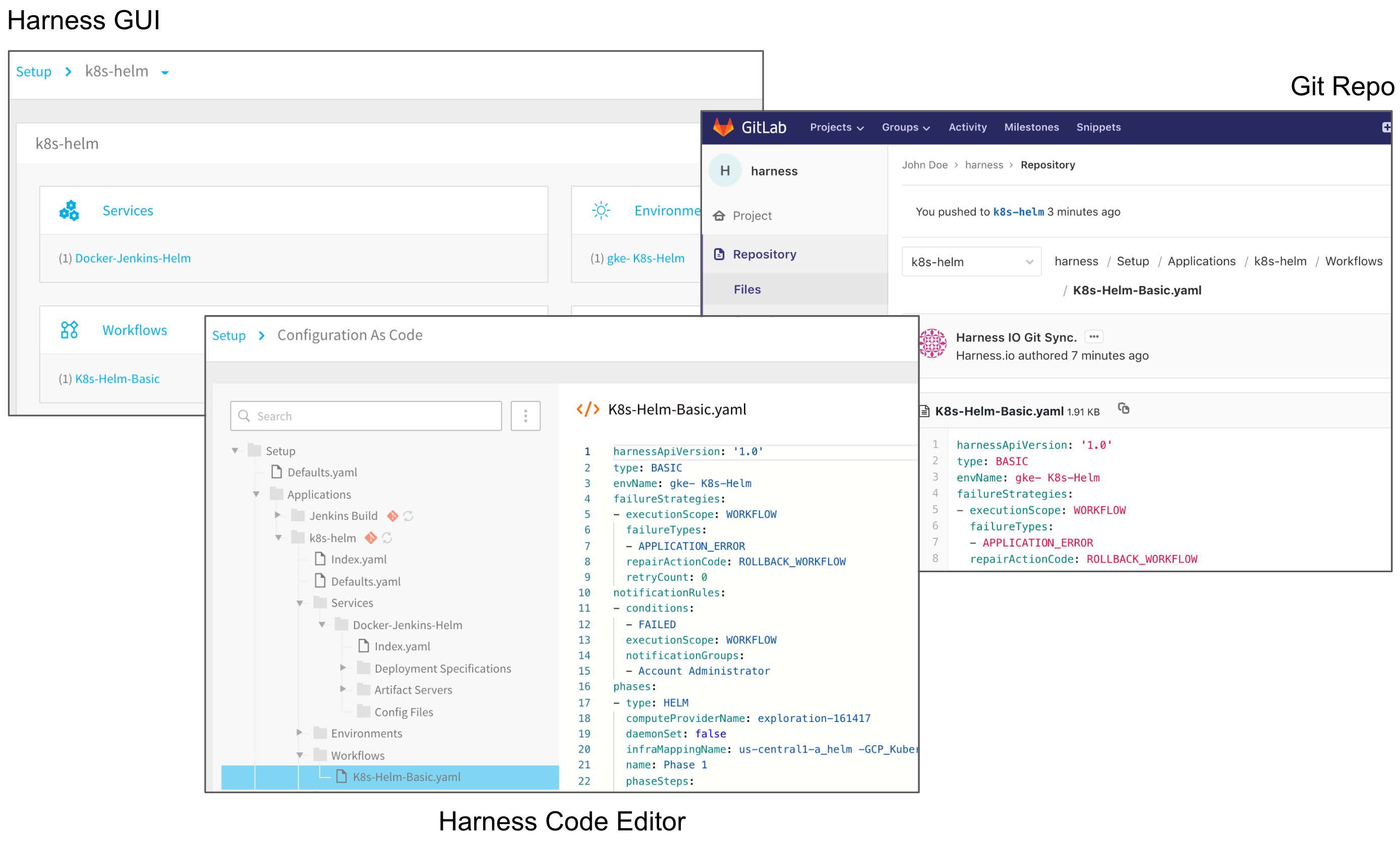 Building deployment pipelines are one thing, but how do you enable and scale them across your org and dev teams? We build LDAP and SAML integration so you can basically drive authentication and user groups out of your existing corporate directories. This is in addition to the Role-based access control (RBAC) capability we shipped back in March for granular authorization & permission controls.

We also made several updates with our Infrastructure Provisioner capability, specifically for Terraform and CloudFormation so customers can reference their infrastructure automation scripts/templates inside Harness deployment workflows, thus enabling customers to provision and decommission cloud compute on-the-fly as part of their app/service deployments.
Users can now paste in their scripts/templates, and Harness will automatically parse and manage all variables, or scripts/templates can be referenced from a Git repo or S3 bucket.

Harness has first-class citizen support for Jenkins that allows customers to link their CI platform/capabilities to the Harness CD platform. Our initial support allowed artifacts to be referenced from Jenkins by providing a reference to the Jenkins job that creates the artifact (and its path). We also allowed customers to reference any ad-hoc Jenkins job inside their deployments workflows. This proved very popular, because it allowed customers to reuse a lot of their existing CI/CD logic.
The latest Jenkins update we’ve added allows variables to be captured from Jenkins Jobs so they can be reused and added to other stages or steps of a deployment workflow. For example, you might run a Jenkins job as a pre-deployment step, and then capture the output of that job to then drive the conditions for the rest of your deployment workflow or pipeline.
You can also achieve the same result using standard shell scripts instead of Jenkins jobs. 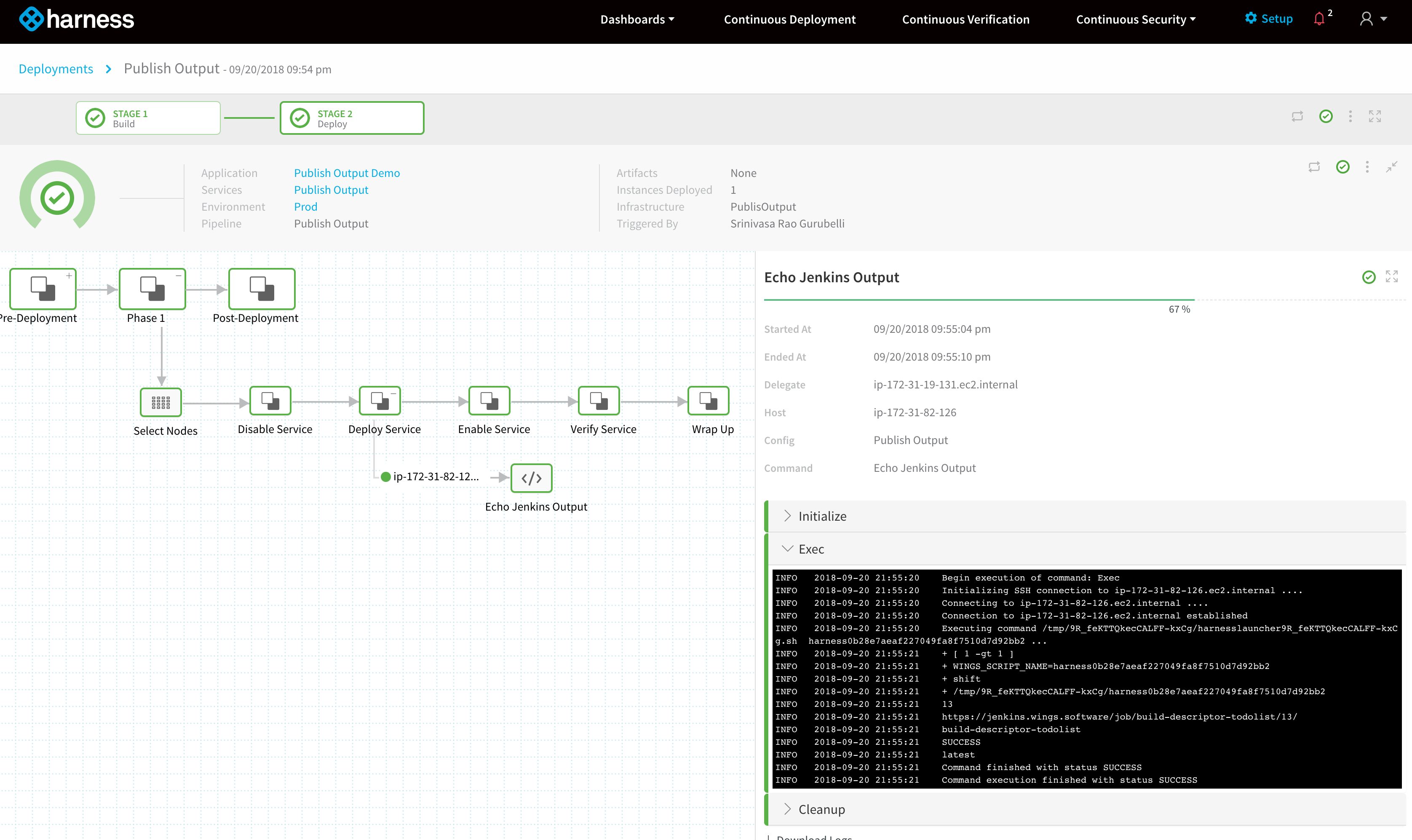 Triggers represent conditions or events where you would want to run a deployment workflow or pipeline. In some Webhook trigger scenarios, you might set a Webhook on your repo to trigger a Workflow or Pipeline when a Push event occurs in the repo. However, you might want to initiate the trigger only when specific files in the repo are changed. Read More.

For customers where SaaS deployment isn’t possible, we’ve created a connected on-premises install that literally takes 10 minutes to set up. I know this because I’ve sat next to a customer who ran our on-premises install, and said “is that it?” Here’s the installation steps.

One customer requested Bugsnag support so they can now identify quality regressions (new errors/exceptions) from their application deployments. See the below screenshot that illustrates this support: the red dots denote new quality regressions. By clicking on these, developers can immediately see the related error/exception and stack trace.

Taking a look at where major DevOps trends are headed, a common theme across many tools and practices is improving the Developer Experience.

From the creaters of {unscripted}, ShipTalk is the podcast series on the ins, outs, ups, and downs of software delivery.

Ashley Kim is the Partner Marketing Manager at Harness.

Get the scoop on the latest cloud cost, velocity, AI/ML news – and more – with Nick Durkin.

Here are some recommendations on how to proceed when changing feature flag tools.